How I Became a Genealogist 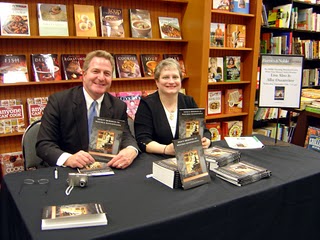 I began searching for my Slovak roots over 22 years ago. I wish I could say that some family experience, medical reason or curiosity inspired me, but to tell the truth I began my foray into genealogy quite by accident.

I was in my second year of the Masters of Fine Arts Degree program in Nonfiction Writing at the University of Pittsburgh and enrolled in a class, “The Literature of Pittsburgh” for which one of the required readings was Out of This Furnace, Thomas Bell’s classic novel about three generations of Slovak men working in the steel mills of Braddock, Pennsylvania. Bell’s book prompted me to ask my mother about our family history and I subsequently learned about the life of my grandmother, Verona Straka Figlar, who immigrated to the United States from the tiny village of Milpos, Slovakia in 1922. After barely making it through Ellis Island, Verona began her life in America as a domestic, and through an arranged courtship, married Janos Figlyar, a hardworking, but stern Rusyn coal miner/steelworker. Once married, Verona struggled to raise seven children during the Depression, and withstood her husband’s fondness for alcohol and frequent violent outbursts. As the details of Verona’s background, journey to America and struggles as an immigrant woman were revealed to me, I came to appreciate her as more than just my grandmother, but someone with a poignant life story. I knew then that I wanted to be the one to tell her story. 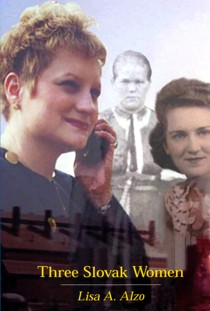 Thus, I embarked on my genealogical journey, researching my maternal grandmother’s side of the family. This was in the days before the Internet was an integral part of daily life. Before the availability of millions of genealogical Web sites, online census records and immigration databases, I searched courthouses, spent countless hours viewing microfilm in the Carnegie and Hillman Libraries in Pittsburgh, PA, wrote to the National Archives, conducted approximately 30 oral history interviews, walked in my grandmother’s footsteps during a visit to Ellis Island, and traveled to towns such as Barton, OH, and Wilkes-Barre, PA. I also read numerous books and articles on Slovak history and culture, immigration, the Great Depression and other topics. Although my grandparents called themselves “Slovak,” I also became aware of my Rusyn roots. After six years of thorough research came the final result: my book, Three Slovak Women , published by Gateway Press (2001).

I believe that my work on Three Slovak Women brings to the forefront the plight of the Slavic immigrant woman. While some 650,000 Slovaks came to North America between 1875 and 1914, there is a definite lack of Slovak identity in early American literature. Although their stories are both compelling and engaging, few have been told due to a number of factors. For example, certain negative stereotypes were assigned to Slovaks at the turn of the century, and there was a general prejudice toward immigrants of Eastern European descent. With the exception of a few books, the Slovak immigrant woman is not given much attention in early literature, or-if mentioned at all-is typically no more than a supporting character to the Slovak male.

This work has inspired me to look even further into the customs and traditions which comprise my rich Slovak heritage. I continue to research old documents and other records from Slovakia. I also teach courses in family history, lecture at local and regional historical societies and national conferences focusing on Slovak genealogy, and have written articles on topics such as the role of the Slovak woman in preserving culture and tradition, and finding one’s Slovak roots online.

My two books , Baba’s Kitchen: Slovak & Rusyn Family Recipes and Traditions (Gateway Press)–a book devoted to the recipes and traditions that have been in my family for over 50 years-and Finding Your Slovak Ancestors (Heritage Productions) both serve to honor my ancestors and preserve the Slovak culture for future generations.

My work as a genealogist (and writer) goes beyond the usual collecting of names, dates, and places. Using oral and social history, I take great care to explore who the people were rather than just “names without faces.” I strive to give a voice to the silences of those who have gone before.